The Kada is originally a bracelet made of iron or steel and was first given by Guru Gobind Singh Ji, the 10th Sikh Master, in 1699 as one of the 5 K's of the Sikhs, a powerful protection and radiant symbol for the one who wears it. The basic kada is a simple unadorned iron bracelet, but other forms exist. The kada originated as a protective ring to guard the sword arm of the Khalsa warriors during battle when fighting armed with swords. The person who wears kada has to keep it clean, and not to remove it until it is an extreme requirement. A circle with no beginning and no end, the Kada represents one's unbreakable relationship with the eternal creator and the Infinity. The Kada is a symbol of unbreakable attachment and commitment to God. The steel or iron is a reminder of the strength of the bond which unites us together and ultimately to the Divine.

It was also historically used like a knuckle-duster for hand-to-hand combat. Battlefield variations include kada with spikes or sharp edges. Sikh soldiers of the British Indian army would settle disputes by competing in a form of boxing known as loh-muthi (lit. iron fist) with a kada on one hand. A Kada is not only a spiritual or religious garment, it is a powerful jewel of radiance, enhancing your personality and presence. In the science of Kundalini Yoga, the Kada is also valued for its energetic-magnetic effects on the Aura – strengthening the male or active energy when worn on the right hand, and the female or more receptive energy when worn on the left hand.

The punjabi kada is also worn by many ethnic Punjabis and other non-Punjabi Indian families across the states in the North, North-West, West and South of India (such as Gujarat, Rajasthan, and even Maharashtra) by Hindus, Muslims, and Christians; moreover, the use of the kada by non-Sikhs is encouraged as it represents the "totality of God." The Stainless Steel & Brass Kada featuring Laser marked "Customized" wordings in Hindi and English will give a bold and courageous feel, perfect for any occasion. This brightly polished Heavy bracelet is fashioned in Stainless Steel & Brass and features a simple, stylish look he will turn to day after day. Get this famous Punjabi Kada made of Stainless Steel & Brass from The Amritsar Store, which is traditionally a symbol of strength also a fashion accessory which can be worn by everybody. 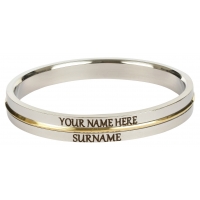 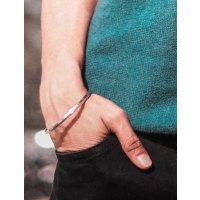 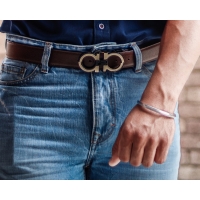 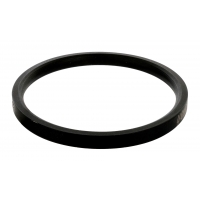